For this performance at Women and their Work Gallery, I -- together with audience members -- built a new collective space inspired by the architecture of womyn’s lands  (lesbian intentional communities) of the 1970s and 1980s. I shared tools with the audience and invited them to add to the structure in whatever way they wanted. The project prompts us to build something collectively and to act in cooperation. It also asks implicitly: How do we continue to work on a project – feminism, sexual liberation, racial justice – that seems like it will never be finished?

Behind “Unfinished Project,” sculptural light boxes inspired by photographs of street marchers and protesters hang on the wall. These multimedia sculptures are anthemic “signs” intended to capture the aesthetic of photocopied/zine-oriented activism of the 1970s-80s women’s liberation movement that inspired them. They evoke movement in both senses of the word: the feminist/gay liberation Movement, but also the physical movement of participants that leads them to break out of the rectangular frames of standard portraiture. While the light boxes display original photographs, they are influenced by the archival materials included on-site at the gallery – a selection of lesbian magazines including WomanSpirit, Dyke, Country Women, Lesbian Connection, The Ladder, and others. Gallery visitors are invited to sit in a reading area and check out facsimiles of these publications. 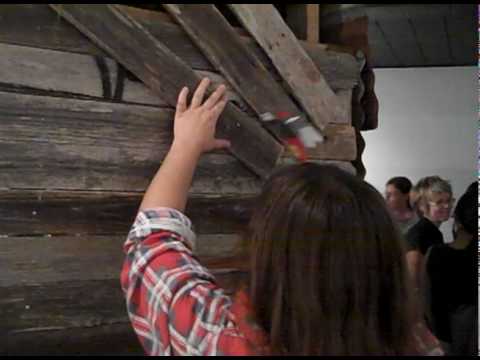